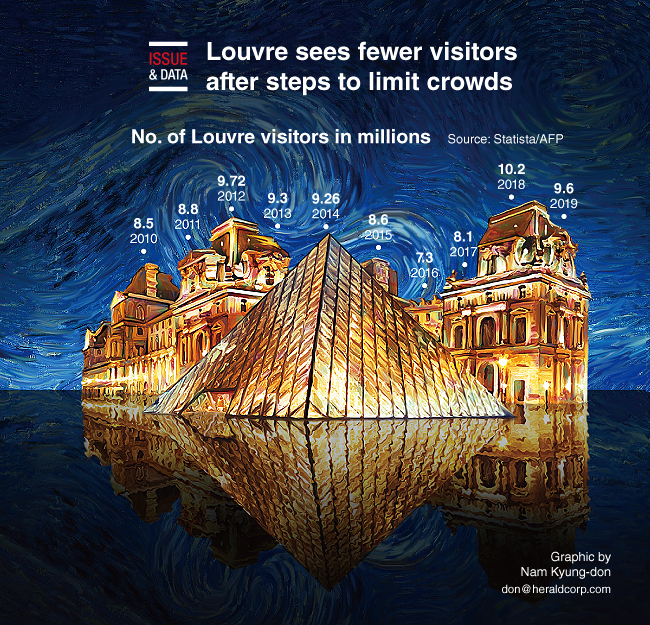 The hordes flocking to the Louvre in Paris fell to 9.6 million in 2019 as the museum tried to limit overcrowding, its director said.

After numbers rocketed by a quarter the previous year to a record 10.2 million, the most visited museum in the world said, it set out to actively discourage tourists in the peak summer months.

The Louvre gets far more visitors than any other museum in the world, including the National Museum of China in Beijing, which attracted 8.6 million people in 2018; and New York’s Metropolitan Museum of Art, which welcomed 7.3 million people. (AFP)