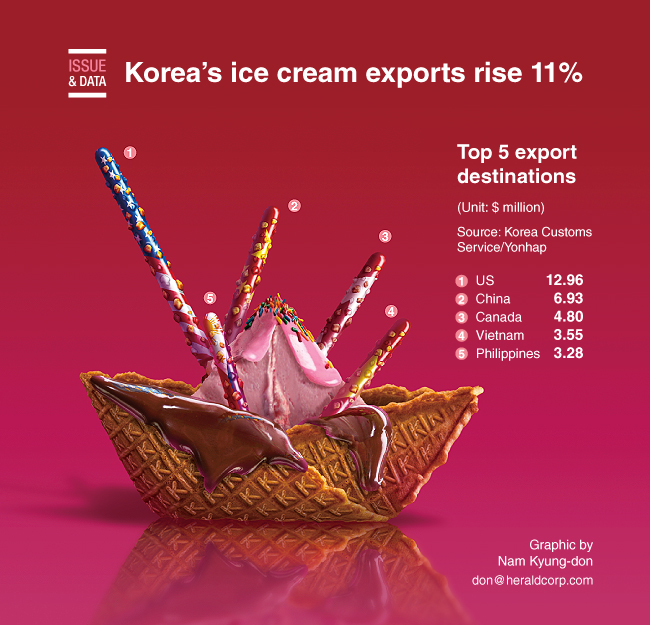 South Korean exports of ice cream swelled more than 11 percent in the first eight months of the year despite a slump in the country’s overall overseas shipments, official data showed.

Overseas shipments of Korean ice cream products came to $47 million in the January-August period, up 11.1 percent from a year earlier, according to the data from the Korea Customs Service.

The United States was the largest export destination for Korean ice cream, followed by China, Canada, Vietnam and the Philippines. (Yonhap)