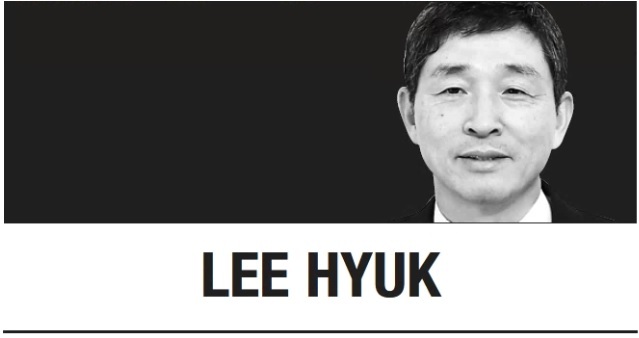 The bitter war of words at the US-China Foreign Ministers’ Meeting held in Alaska last March portended the rough waves of the new Cold War between the US and China with profound implications for this region and the world.

Geopolitically, ASEAN and Korea lie on the frontlines of US-China competition. Southeast Asia is particularly important to China because the region is a crucial gateway for China to access major sea routes to the rest of Asia and the world. And to gain greater leverage, China appears determined to display its rapidly growing economic and military prowess in the region. Flexing its military muscle, China has been increasing its presence on the disputed islands in the South China Sea. The country’s colossal investments, through the Belt and Road Initiative (BRI), in the much-needed infrastructure projects in countries such as Cambodia, Laos and Myanmar are also further strengthening China’s clout in Southeast Asia. Most recently, China is seeking to bolster its influence in ASEAN through its vaccine charm offensive -- the rollout of Sinovac is in full swing in most ASEAN countries except for Vietnam.

The Philippines’ pivot to China under President Rodrigo Duterte well demonstrates ASEAN’s dilemma amid a rising China and deepening US-China tensions. In 2013, the Philippines filed a case against China at the Permanent Court of Arbitration seeking a ruling over the legality of China’s claims in the South China Sea. Braving strong objections and hostilities from China, President Benigno Aquino pushed through the proceedings, eventually winning a tribunal ruling in favor of the Philippines in 2016. China responded with fierce retaliatory measures, including an import ban on fruits and suspension of Chinese tours to the Philippines. Subsequently, President Duterte, after taking office, made a dramatic foreign policy shift, pursuing closer political and economic ties with China much to the dismay of the US, a longtime ally of the Philippines.

China’s continued strong economic growth means greater economic interdependence between China and its neighboring countries in Southeast Asia. It also suggests potential vulnerability against growing Chinese military might as observed in the South China Sea. Hence, while ASEAN countries hope to continue to benefit from China’s huge market of 1.4 billion people, they are also seeking greater trade and investments from US, Japan, Europe and Korea to diversify economic ties and reduce China’s weight in the region. Moreover, ASEAN is looking to US-led initiatives, including the Quadrilateral Security Dialogue (QUAD: Australia, India, Japan, US), to check and balance the challenges posed by China’s growing power projection capabilities.

As such, ASEAN countries -- although the method may be different for each member -- will try to take advantage of the US-China competition in pursuit of their own economic and security interests by maintaining a careful balancing act between the two powers. And to avoid being forced into taking sides, ASEAN, through its “convening power”, will try to ease tensions between the two powers by facilitating bilateral consultations during the annual East Asia Summit.

The US-China confrontation is an even more difficult challenge for Korea. The new Cold War between the US and China is unfolding on every front, and the dynamics of their competition over security, economy, political systems and values all carry deep implications for Korea. Korea today is often touted as a democratic and economic miracle, and such achievements have been possible, to a substantial degree, because of its alliance with the US. The US counts on Korea to remain its steadfast ally committed to defending shared values and strategic interests.

On the other hand, the spectacular and unrivaled economic growth of China in the past half-century has allowed Korea to reap huge economic benefits. Given China’s continued economic growth, Korea cannot afford to neglect its economic partnership with China. Moreover, maintaining sound relations with China is particularly important for Korea because, as North Korea’s primary patron, China is in a position to influence the security developments on the Korean Peninsula. Indeed, Korea’s thriving economy has been and will continue to be essential to the further bolstering of its US alliance. Nonetheless, China’s rise and its growing pull on the Korean Peninsula, if unchecked, can have far reaching consequences. For this reason, the value-oriented South Korea-US alliance is crucial to the peace and prosperity of the Korean Peninsula and the region.

The prolonged deterioration of Korea-Japan ties continues to be a weak link in Korea’s alliance with the US. It remains a major stumbling block in Korea’s overall foreign policy, and is even undermining Korea’s leverage in its relations with China. It is therefore in Korea’s best interest to domestically raise public awareness on the importance of the future-oriented relations with Japan and quickly restore Korea-Japan ties so as to bring the South Korea-US alliance back on a virtuous cycle.