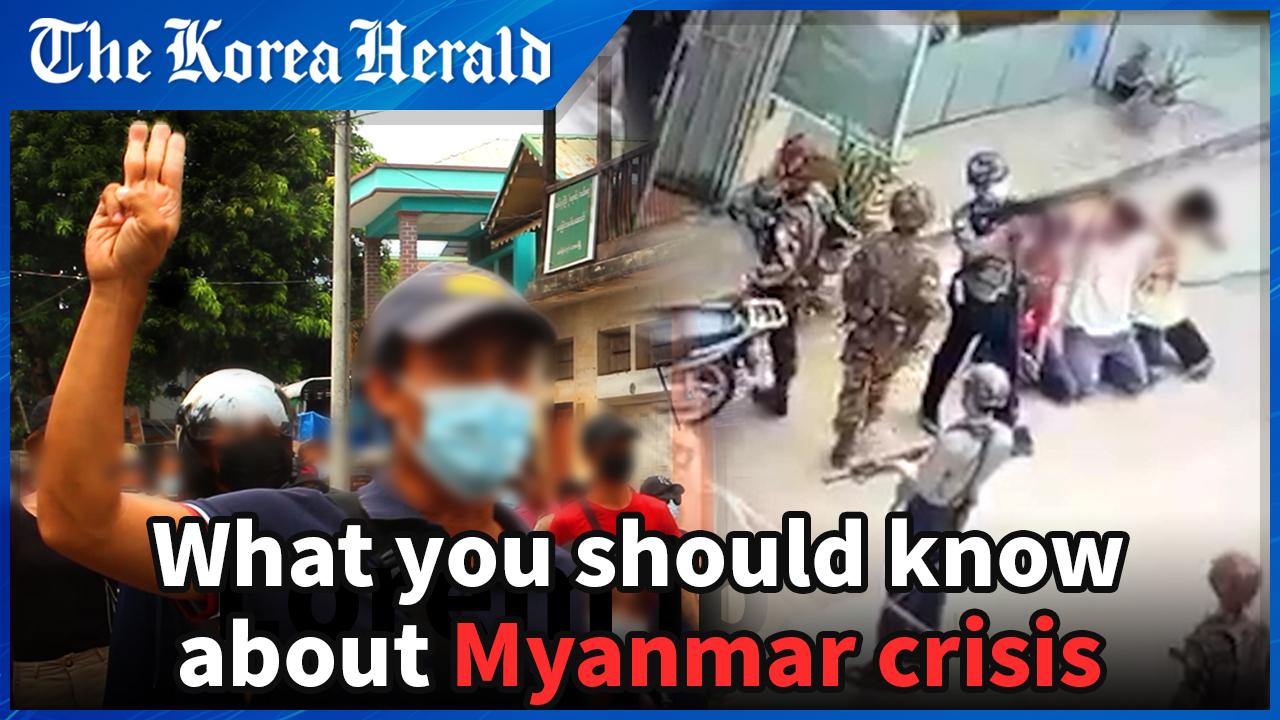 [2] “I want the world to know what is going on in Myanmar is not a war,” said Shwe Moe, a Burma-born writer residing in South Korea. “A war is two sides with weapons. It is just terrorism because the soldiers are killing to scare people.”
“Now people stay home, but (the soldiers) are shooting into houses. So people in Myanmar are like prisoners,” she said. “They can’t sleep.”
*going on: (일이) 일어나고 있는

[3] “There is a new phenomenon happening inside Yangon, Mandalay or even the rural villages. They are running away,” another democracy activist said in a recent interview with The Korea Herald. The activist wished to remain anonymous due to concerns about the safety of their family in Myanmar.
*phenomenon: 현상
*anonymous: 익명

[1] In a post on a Facebook group called “No Plastic Shopping,” a customer shared photos of what is inside the package for the brand’s face serum product after cutting the bottle in half. Despite the label reading “Hello, I‘m Paper Bottle,” the product turned out to be a plastic bottle simply wrapped in paper.
*share: 공유하다
*turn out to be: ~인 것으로 드러나다

[2] The post prompted scores of comments from angry consumers and has been picked up by several local media outlets since it was uploaded earlier this week.
*post: 게시물
*prompt: 촉발하다
*scores: 수십 명, 다수

[4] But when it comes to the controversial bottle, Innisfree asserted that the colorless plastic bottle is recyclable and eco-friendly as it uses 51.8 percent less plastic than conventional packaging.
*assert: 강하게 주장하다