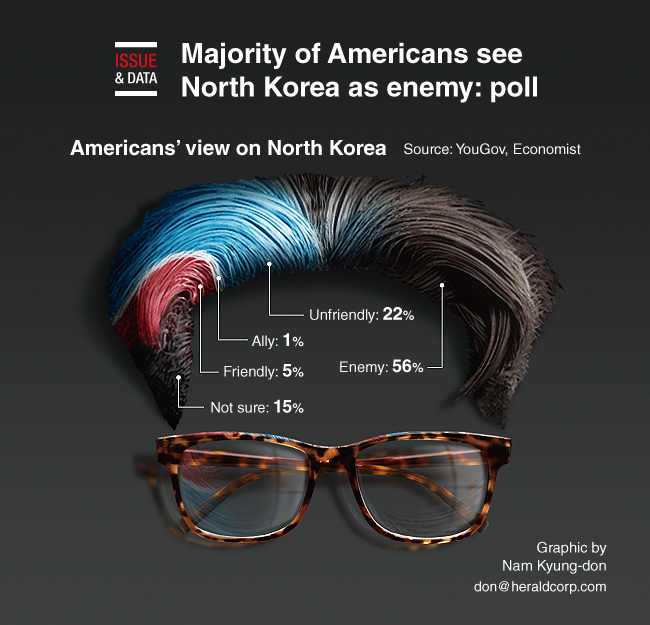 A majority of Americans view North Korea as an enemy, a recent survey showed, putting the communist nation atop a list of countries in terms of enemy perceptions.

The poll of 1,500 people, carried out last month by the London-based research data group YouGov and the Economist magazine, showed that 56 percent of Americans consider North Korea to be an enemy of the United States, up from 51 percent in August.

The survey asked respondents about their perceptions of 14 countries. The enemy perception was highest with North Korea, followed by Iran at 48 percent and Russia at 37 percent. Only 1 percent of those surveyed viewed North Korea as an ally to the US. (Yonhap)