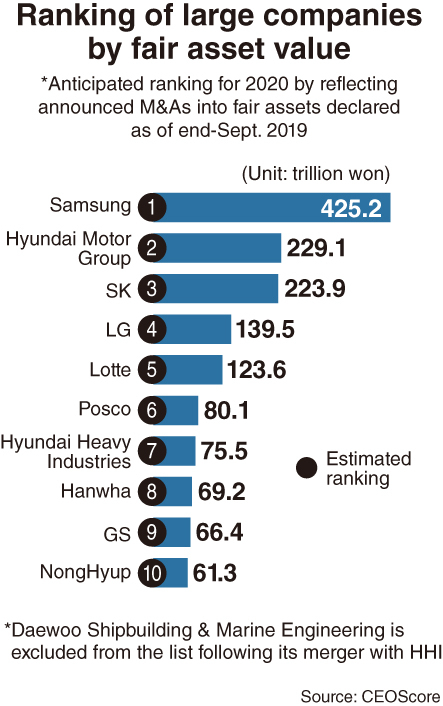 The ranking of fair assets held by large conglomerates in South Korea has changed over the past decade, with only seven out of 59 surveyed firms having maintained the same rank, data from corporate tracker CEOScore showed.

CEOScore surveyed assets and capital of firms with assets of at least 5 trillion won ($4.3 billion) -- defined as large conglomerates by the Fair Trade Commission.

Among the top six groups, Samsung, Hyundai and SK saw their assets rise rapidly by at least 100 trillion won from 10 years ago.

The rankings between seven and 10 showed drastic changes, with Hyundai Heavy Industries jumping to No. 7 following its merger with DSME.

Hanwha and NongHyup were newcomers in the top 10.

Those that fell out of top 10 included Kumho Asiana, Hanjin and DB.